Our Social Responsibility Committee’s sub-group, Dutchie Does Good, has been working internally with the Last Prisoner Project (LPP) to spark some joy this holiday season. We have partnered with them for the Holiday Letter Drive that delivers hope to prisoners incarcerated for cannabis offenses. The past two years have been incredibly difficult for prisoners with COVID restrictions, access to visitations, and frequent lockdowns restricting internet access—so handwritten letters are their main form of communication. We heard what a positive impact receiving letters in prison has had on some of these individuals, so we wanted to share.

The stories moved us, especially Stephanie Shepard’s journey of spending 9 years in prison for a crime that she wasn’t involved in and then giving back through the LPP. Her story may inspire you to write holiday letters to some of these inmates as well.

Feel free to download their guide and join the letter campaign.

Why did we choose to support the Last Prisoner Project?

The problem: While thousands are profiting from the cannabis industry, there are currently over 40,000 prisoners incarcerated for cannabis-related charges in the U.S. alone.

Their solutions and initiatives include:

We reached out to Stephanie to hear more about her journey and advice about creating impactful content in these letters. The goal is to shed light on the injustice and brighten the holiday season for these individuals. You can read more about each person’s bio in the guide listed above.

In 2010, Stephanie Shepard was sentenced to 10 years in prison for conspiracy to distribute our beloved plant. Now, she’s a Development Associate at LPP, helping the team fight for restorative justice for all those who suffered from the criminalization of cannabis. Stephanie’s spirit does not break as she tells us what happened leading up to her arrest:

“I was in NY at the time selling real estate. I had an ex-boyfriend who went to jail for cannabis and about six months after he was incarcerated in Brooklyn, I got a call from his lawyer. He asked me if I would come down and talk to him about his case. I pressed a bit and found out his heart condition had gotten worse. He had a pacemaker put in and he wasn’t doing well, so the lawyer asked if he could get him released on medical bond—if he could stay with me until sentencing. This would allow him time to recover. And I said yes.”

Stephanie, with her gracious heart, offered to help. But, the day she was getting ready to pick him up, she was arrested.

“My buzzer went off and I looked at the screen and it was two gentlemen, one in an ICE jacket and the other in a DEA jacket. They said they were looking for Stephanie Shepard and they had a warrant for her arrest.”

She was shocked to find out they had implicated her in the crime with no actual proof. She was released on pretrial for one year. During that time, her career and ability to make a living became affected.

“Although this was hanging over my head, I was still working and living normally. When my real estate license expired, I went online to renew it like I always do. And I had never noticed before, but the first question is: Do you have a felony? I said no, and the next question was: Do you have a felony pending? As soon as I put yes, it declined my application. So I'm dealing with this, and now I have no job and no source of income.”

In 2010, three witnesses (in cahoots with her ex) told federal agents that she was at fault for intent to distribute 1000+ kilos of cannabis. Stephanie was a first-time, non-violent, alleged offender.

“It was total hearsay, they didn’t find any proof that I was connected to cannabis or the night in question, so I thought it would be dismissed in court. But it went to trial, I lost, and I never went home again.”

She notes that she was so sure she’d be found not guilty at trial, that she hadn’t told her parents about the situation and told her sister they could stop for lunch afterward. Shortly after, her sister had the responsibility of telling her parents that she’s in jail, had been on probation for a year, and was sentenced to 10 years in prison. The first time Stephanie got to talk to her dad on the phone after sentencing, he was already 91.

Her family and loved ones became her drive to get out. During her time incarcerated, Stephanie was moved between 3 prisons. At first, she was reluctant to enter a drug program, because she wasn’t a drug dealer. But shortly after, she decided she would do whatever she could to see her family again, especially her father who was sick.

Stephanie met Evelyn La Chapelle (another future member of the Last Prisoner Project) at Victorville Prison Camp and they ended up both going to the residential drug program at Phoenix Prison Camp.

“I did not care about his funeral. I wanted to be able to hold him and touch him and tell him my side of the story which I had never told him because I was too embarrassed. I did not make it to visit him in the hospital, because it took a week of back-and-forth paperwork with the administration. The morning that they approved my trip to see him (an hour away) was the morning that he died.”

She ended up going to the funeral to support her family, especially her sister who was her rock throughout her time in prison. After a moment of silence, she goes on to joke about how much her sister had her back, and she would call and let the guards know it.

Her sister, who their family calls the “Black Martha Stewart,” is notorious for Christmas decorations. She told Stephanie that she did not want to decorate anymore until she came home. “The only way that I could get her to decorate was by telling her that it helps me when she sends pictures. It made me feel better.”

The pictures, letters, and occasional stuff they could send kept Stephanie going at a dark time. She notes it made her feel safer that the guards knew she had someone looking out for her.

Stephanie enriched her surroundings. She teaches us about the prison culture, and while everyone else was hustling to make money, she was busy doing hobbies and teaching English to other prisoners. She jokes that America’s taxes went toward her “hobby-crafting her life away.”

She took on beading because it was one of the only outlets in which prisoners could play with the use of color. The impact of having color removed from her life still affects her to this day.

During her art projects and English teaching, she treated work as she did before, despite making only 12 cents an hour. She suggested ways of updating the prison system with newer books and educational resources.

“I think there's a really bad stigma around what prisoners look like, how they speak, and how they behave.”

She highlights a rewarding moment when she taught a Spanish-speaking prisoner how to communicate with her daughter. She poured empathy into others, just like she does today.

She served 9 years until she got out and started working for LPP, on their Roll It Up For Justice Program. The program collects donations for those getting out. The funds help these individuals move back into society. She explains her rewarding role at LPP:

“I didn’t know of Last Prisoner Project until after I got out of prison, which is why I felt so forgotten. While incarcerated, I knew of no organizations helping cannabis prisoners. It wasn’t until I went to a fundraiser in San Francisco to support Evelyn as she told her experiences, and met Sarah Gersten, Steve DeAngelo, and Mary Bailey. That meeting led to me also utilizing their [LPP’s] platform to speak of my journey.

The process starts with an intake form, but because most communication while incarcerated is word of mouth, LPP reaches out for people to sign up, or their families can reach out. We have grants we can give the family members to help them as well—we just gave one constituent’s daughter a 5k grant for law school.”

She has bittersweet feelings about how the cannabis industry is now booming.

“All of these plants and stores didn’t pop up overnight. So I look for empathy from people about my case, because it could have been anyone in trouble. But, for some reason, it ended up being me.”

While she is happy to see cannabis consumption becoming more widely accepted, she feels that the situation is very surreal.

“Now, instead of feeling thrown away, there are stories about people who look like me, who are making strides in this industry and I feel like that can kind of push you through it, instead of thinking, oh, the industry is booming while I'm sitting in prison. Last Prisoner Project helped me know they were fighting for me, and I want to share that message to other people and their families.”

“I'm definitely fighting for them. And my dad would be proud of me. I'm just sad that he did not get to see it.”

Stephanie’s tips on how to write your holiday letters:

Stephanie made this year’s LPP postcards from a craft called quilling that teaches you to artfully arrange tiny strips of paper. It was one of the hobbies she learned in prison.

For more information on how to write letters this holiday season, visit Last Prisoner Project’s website or click the guide mentioned in the beginning. 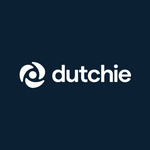