A lot of the misconceptions surrounding cannabis, its effects, and its terminology come from early miscommunication about the plant during the 1900s. A combination of issues led to misguided beliefs, including economic motives to suppress hemp production and new levels of immigration during the Mexican Revolution. And, the Great Depression hit the US shortly after, building panic. The term “marijuana” stems from the fear of immigration mixed with the angry heat of prejudice. Any way you paint it, moving away from the term “marijuana” could help remove the racial and political impact of the word from the industry at large.

The inequity in cannabis is still alive in the US today.

These historical decades built the lens in which some still view our beloved plant today. This is especially important because of the uneven arrest rates for cannabis use and possession among BIPOC people in America. The American Civil Liberties Union’s study found that the number of cannabis arrests on Black and Brown Americans heavily outweigh those of their White counterparts, even though the consumption rates are similar across all demographics.

The stigmatized history of “marijuana”

After the Mexican Revolution ended in 1920, Latinos were seeking refuge in the United States. The anti-Mexican immigrant sentiment grew quickly with politicians claiming “marijuana” was the cause of deviant behavior. By translating the Spanish word into English (despite the term “cannabis” already being used), “prohibition activists of the early to mid-19th century were intentionally connecting the use of marijuana by brown and black bodies, to dangerous and fabricated side effects of the drug,” Marijuana is more than just a word...reveals.

The injustice continues, as this NPR article explains:

A common version of the story of the criminalization of pot goes like this: Cannabis was outlawed because various powerful interests (some of which have economic motives to suppress hemp production) were able to craft it into a bogeyman in the popular imagination, by spreading tales of homicidal mania touched off by consumption of the dreaded Mexican "locoweed." Fear of brown people combined with fear of nightmare drugs used by brown people to produce a wave of public action against the "marijuana menace." That combo led to restrictions in state after state, ultimately resulting in federal prohibition.

"The association between marijuana and the lower class was a major problem, outlined in The Surprising Link Between U.S. Marijuana Law and the History of Immigration. The article expresses how the substance was linked to Mexico’s prisons and soldiers’ barracks. With alcohol prohibition also popular at the time, along with sensational journalism meant to scare the US population, cannabis became associated with dangerous portrayals of the lower class. This was just the beginning, the Great Depression hit the US next and created dire situations for most of the population—fueling the misinformation. One could argue that “reefer” is also an offensive term, based on the book and widely-publicized propaganda film Reefer Madness that followed in 1936. The American media still represented cannabis negatively and used it as a stance against immigration. The truth remains that Mexico outlawed the use of cannabis first, almost two decades before the US did."

The political misconceptions grew, after discovering that advocating against cannabis worked in their favor. The Marihuana Tax Act followed shortly, which was the key law establishing cannabis prohibition (notice the Spanish spelling of “marihuana”). The Marihuana Tax Act of 1937 was written by Harry J. Anslinger, the head of the Federal Bureau of Narcotics, with heavy racial bias and media influence. William Randolph Hearst helped push this act through Congress by printing ads and articles in his newspapers that painted marijuana use as dangerous and criminal.

Later, it turned into the Substance Control Act and listed cannabis as a "Schedule I" narcotic, which is defined as a drug with no medical use and a high potential for abuse. For context, this currently includes heroin, LSD, ecstasy, etc. Even crystal meth is currently classified below cannabis as a Schedule II drug. Woah, right?

You may be wondering, of all the leaders at the time that were anti-cannabis, why do these two guys matter? Well, there is a theory that they could have shut down the sustainable hemp industry for their own profit. Hemp was an up-and-coming source for textiles and its fibers were used for paper goods. As a member of a prominent family that ran a large (paper-printing) media company and logging company, Hearst’s interests may have been clouded—and keep in mind that he was Anslinger’s right-hand man. But, we’ll leave that to your interpretation.

Current science has disproved many of the myths around the perceived dangers of cannabis use. Over time the misconceptions around the danger of cannabis use waned, and by the 1960 and '70s, new stereotypes had started to emerge. Rather than users being overactive or agitated, cannabis consumers began to be portrayed as lazy, “dirty hippies” rather than enraged criminals. Either way, cannabis users have been negatively stereotyped and underestimated for almost a century.

The worst part? The men who first established America’s view of cannabis had biased views and spread them because of the prohibition era.

Let’s review the facts. We know that Spanish travelers brought cannabis to Mexico to cultivate it as hemp, but there is no research showing that it was used for anything outside of industrial use in making rope and textiles.

The true root of the word is difficult to trace. All of the historical possibilities are outlined in The Mysterious History Of 'Marijuana':

One theory holds that Chinese immigrants to western Mexico lent the plant its name; a theoretical combination of syllables that could plausibly have referred to the plant in Chinese (ma ren hua) might have just become Spanishized into "marijuana." Or perhaps it came from a colloquial Spanish way of saying "Chinese oregano"—mejorana (chino). Or maybe Angolan slaves brought to Brazil by the Portuguese carried with them the Bantu word for cannabis: ma-kaña. Maybe the term simply originated in South America itself, as a portmanteau of the Spanish girl's names Maria and Juana.

Some mystery remains as we may never know where the word came from, but we certainly know what it was associated with. As Racism and Its Effect on Cannabis Research notes, growth can only happen once we acknowledge our history and address any misguided assumptions that made their way into policy:

We need to treat the cannabis policy that started in 1937 the same way we treat segregated schools, miscegenation [interracial relationships], and other race-based policy. Our inquiry needs to start with an acknowledgment of the history of racial discrimination in our drug policy and move toward serious evidence-based research.

The point is—the term "marijuana" has historically been used to degrade and criminalize members of our society. That’s why the cannabis industry should be different. This is why we may want to consider changing the narrative and terminology about cannabis. The term is so closely related to issues still going on, like the arrest rate, which points to the need for larger policy reform. You can read more about the racial inequalities in cannabis still going on today.

We hope that that some dispensaries will join us in educating folks on why "marijuana" is harmful and why it makes sense to shift to more inclusive language. Why “cannabis”? Well, at a scientific level, it is a term that refers to the whole, live plant—not just its cured, trimmed, and smokeable parts. And that is symbolic of dispensaries acknowledging the troubled past behind the term’s origin and continuing to help educate their customers during any stage in their cannabis journey. 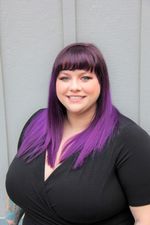